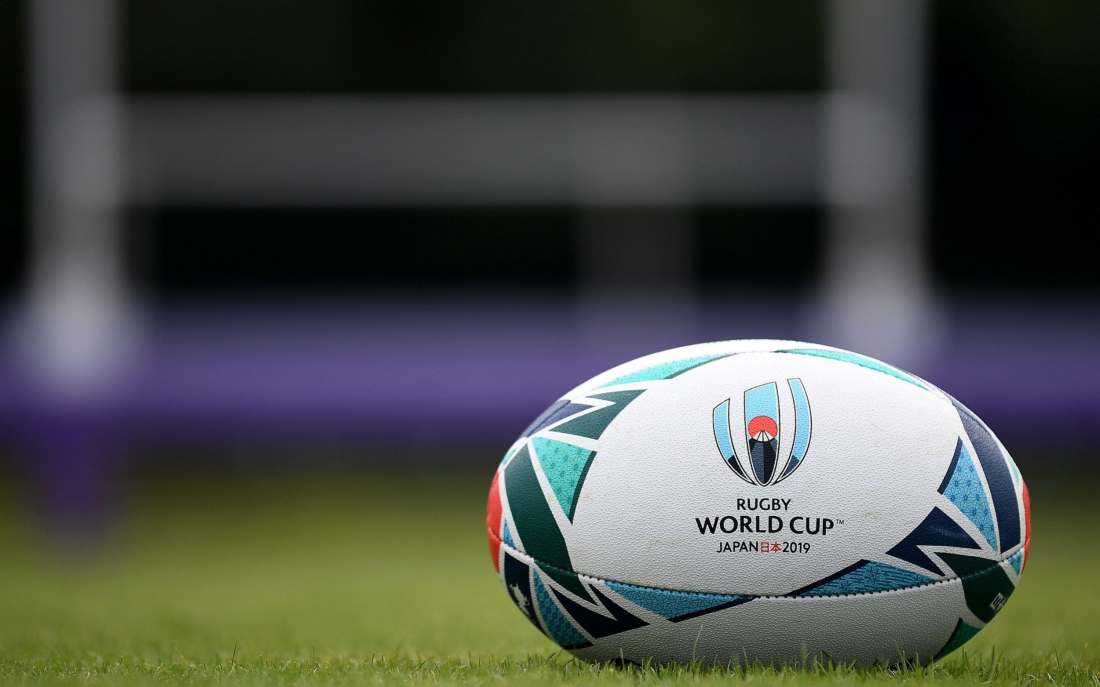 After four long years the Rugby World Cup is here and this has the makings of being the best edition of the tournament. There are so many improved Tier Two nations and with the Northern Hemisphere teams seemingly having caught up to the Southern Hemisphere ones, this could be a very competitive and exciting World Cup. It seems like there are so many strong sides, some having sent the best team ever in their country’s history like the United States and Ireland, so expect a lot of great matches. It’s a well balanced tournament and there is a good number of legitimate favorites to win the World Cup. It is also going to be held in a nation that is not a traditional top rugby nation and for the first time in Asia, Japan who not only will host the World Cup, but they are openly embracing it in what could be a very exciting one. With that being said, let’s take a look at each nation in this World Cup.

Ireland is coming into this World Cup with not only their best squad they’ve ever had, but with the World Ranking of number one and for good reasons. They have been a force for the last two years including having beat New Zealand and Wales and it is realistic to think that they might even win this World Cup. There was talk about whether they peaked too early after their Grand Slam in the 2018 Six Nations and with the incredible victory over New Zealand, but we shall see in this World Cup. Led by the mastermind in Joe Schmidt, they also have a wealth of talented players like Jonathan Sexton, Conor Murray, Jacob Stockdale, and Tadhg Furlong. Just watch out for them in this tournament as they are one of the favorites.

Scotland is an interesting squad as at times they look great and then in others they seem to be complacent. That being said, don’t count them out as they have a lot of talented players on their squad and are led by a great coach in Gregor Townsend. Some notable players to watch on Scotland are Stuart McInally, Finn Russell, Greg Laidlaw, and Stuart Hogg. It will be interesting to see what Scotland does in this World Cup, but they could be a dark horse.

The host nation will want to showcase how good they can be and are very capable of pulling off an upset. Japan became the first nation to win three games in a World Cup that didn’t advance in a World Cup in 2015 as one of their wins was a memorable victory over South Africa. However, Japan is coming close to becoming a Tier One nation as the last four years have been great for the team especially having Jamie Joseph at the helm. With such players as Michael Leitch and Kenki Fukuoka leading the way for Japan, they could sneak into the knockout stage.

Russia pretty much lucked themselves into the World Cup after a very controversial and crazy World Cup European qualification scenario, but here they are to show that they belong. Russia is always an aggressive and physical team in international rugby, but there really isn’t much to know about them considering not many of their players play overseas aside from Valery Morozov. It will be interesting to see what they do in this tournament.

Samoa for a while looked like a nation that was destined to become a Tier One nation as they put up some brilliant performances, but the Samoans have slipped. Yes there is some world class talent on their squad like Michael Alaalatoa, Kane Le’aupepe, Jack Lam, and Rey Lee-Lo, but with how badly they have played of late, it will be interesting to see how they fair in the World Cup.

Canada is on the cusp of becoming a breakthrough nation like the United States, but it feels like there is something holding them back. Sure, they have a Toronto based team in Major League Rugby, but when will they start becoming more competitive on the world stage? Canada has a wealth of great players like Hubert Buydens, Jake Ilnicki, Tyler Ardron, and Jeff Hassler. They are in a tough group, so they might not get the positive results that they want.

Italy has been considered a Tier One nation for a while, but with seemingly having not made much progress since joining the Six Nations tournament in 2000. They have even fallen behind some Tier Two nations in the rankings, but here they are trying to prove everyone wrong as head coach Conor O’Shea will hope to right the ship in this tournament. They’ve got some experienced players like Leonardo Ghiraldini and Sergio Parisse and with other young talents like Matteo Minozzi and Michele Campagnaro. We’ll see how they do in this World Cup

Namibia is the second best rugby side in Africa right behind South Africa. That being said, Namibia is far from being a force as they have the unfortunate distinction of the worst loss in World Cup history. There are some talented players here like Johan Deysel, Lesley Klim, and Eugene Jantjies, but don’t expect Namibia to make any noise.

The All Blacks are not only the greatest rugby team of all time, they are the most successful sports team in the history of sports. So, because of that reason most rugby fans and pundits have them listed as the favorite to win the World Cup and have the first ever three-peat in the tournament’s history and with Steve Hansen at the helm, they have a great chance of winning the tournament. What’s there not to like about them? They have such great players as Beauden Barrett, Ardie Savea, Brodie Retallick, and Kieran Read on their squad. This team should go deep in the tournament.

Some have dubbed South Africa as the second best ever nation in rugby and their two World Cups shows how successful they have been. South Africa’s forward packs always are the hardest to play against with how aggressive they are both with the ball or defending it. There’s a lot of great players for the Springboks as they have Malcolm Marx Eben Etzebeth, Siya Kolisi, and Cheslin Kolbe. Oh, and they will face off against their arch-nemesis New Zealand (arguably the best rivalry in the sport) in their first match of the tournament. They are another favorite to win the tournament especially with head coach Rassie Erasmus leading them.

The Pumas keep climbing up in international rugby as they have now established themselves as a legit Tier One nation and could be a dark horse team in this tournament especially as they have been known to have a strong scrum. With that being said, they are sending out a strong side, but are unfortunately placed in a really tough group. Argentina boasts such great talents like the hooker duo of Agustin Creevy and Julian Montoya, Pablo Matera, Nicolas Sanchez, and Bautista Delguy. It will be interesting to see if they get out of the group or not.

England has been in great form and have a very strong squad, it is without a doubt that England are heavy favorites to win this tournament especially with the mastermind of Eddie Jones coaching this squad. England is the only Northern Hemisphere to win a World Cup back in 2003 and are trying to make it the second time a Northern Hemisphere team win a World Cup. They have some outstanding players like Owen Farrell, Billy Vunipola, Jonny May, and Maro Itoje. These guys are scary good.

France has been trying to find their identity for a while and have been going through somewhat of a rebuild, but never count them out as they are strong in defense. They also have a lot of good talents on their squad such as Demba Bamba, Guilhem Guirado, Gael Fickou, and Wesley Fofana. Their match against Argentina could decide whether they make the quarterfinals or not.

Tonga has always been big and aggressive players, but something doesn’t seem right here as they have seemed to have regressed. While there doesn’t seem to be much optimism for them, Tonga does boast some talent here like Siale Piutau, Telusa Veainu, Vunipola Fifita, and Cooper Vuna, plus they have an experienced Kurt Morath there. They might shock someone here though, so who knows.

One of the other fast rising nations in the sport, the United States could make noise in this World Cup as they are sending out their strongest team ever to the tournament and have beaten some notable nations. The only issue is that they are put into the Pool of Death and have some very strong competition. They could pull off an upset and actually have a good chance of even making it into the quarterfinals (though not likely). That being said, they have such great talents on the team like AJ MacGinty, Joe Taufete’e, Hanco Germishuys, and Bryce Campbell. They will be interesting to watch and head coach Gary Gold is molding this team into a cohesive unit.

Australia has not looked like a strong rugby side for a couple of years, but they tend to find their best form for the World Cup and they could be a favorite to win the tournament as Michael Cheika will look for answers into hoping his squad win the World Cup. Historically, they have been very successful as they have won two World Cups and boast as being one of the best nations in the sport’s history. There are some talented players here like Michael Hooper, David Pocock, Kurtley Beale, and Will Genia, but there is also a young and exciting player in Jack Dempsey on the team. Australia might shock everyone.

Wales was on the highest of highs after winning a Grand Slam in this year’s Six Nations and were once ranked number one, but they seemed to have lost that form and there are a lot of questions about them. The Welsh could however return to form and if that is the case, they will wreak havoc in this tournament as they have the legendary head coach Warren Gatland leading the team. With great players such as Alun Wyn Jones, Leigh Halfpenny, Ross Moriarty, and Liam Williams, Wales might have a great chance of winning this tournament.

Fiji has been on the rise in international rugby and even to the point where they rank higher than Italy and Argentina in the world rankings. They probably should be considered as a Tier One nation now and could make it to the quarterfinals. There is a lot to like about Fiji as they have such great players such as Semi Radradra, Josh Matavesi, Mesu Dolokoto, and Api Ratuniyarawa. Don’t be surprised to see them make it out of the group.

Georgia just keeps getting better and better as a rugby nation as they are even ranked higher than Italy and have made the case for inclusion for the Six Nations or promotion/relegation in the tournament. They have thoroughly dominated European Championships and could be a team that gives other Tier One nations some problems and could cause an upset. They do have some great players such as Vasil Lobzhanidze, the legend himself Mamuka Gorgodze, Merab Sharikadze, and Tedo Abzhandaze. Like Argentina, they have an imposing scrum, so expect them to be competitive in the tournament.

Uruguay is slowly rising, but they are becoming a better rugby nation every year. They shocked Canada to qualify ahead of them in the Qualification campaign, but they will want to show how much they have progressed as a rugby nation. Uruguay has such great players on their team like Gaston Mieres, Leonardo Leivas, Santiago Arata, and Mateo Sanguinetti. It will be interesting to see what they do in this tournament.

Favorites to win the World Cup

Squads that could surprise/cause an upset