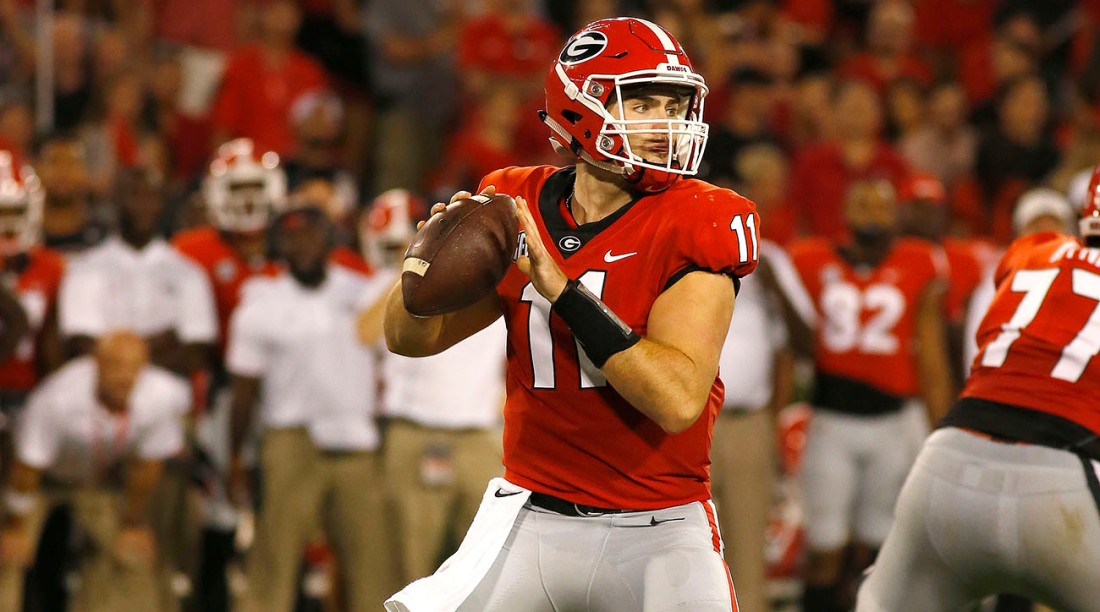 No matter what, there will always be debates as to who should be in the College Football Playoffs. However, as I was walking past a colleague the other day talking about the Playoffs before the selections were made, he made a great point “The four best teams should be in the playoffs, not whom people feel like should be in it.” And he was right. Three of the four best schools that played this year were rightfully selected, but the fourth spot is more controversial as it was given to University of Oklahoma who had one of the worst defenses in the country. There were many other teams that had much better defenses this season and were also great sides, however, Oklahoma got in. Is that fair?

Oklahoma got in with an incredibly productive offense, one of the best in history, and were led by Heisman winning quarterback Kyler Murray. However, the question is whether they would have been in the playoffs with that good of an offense had it not been for Murray. The offense was so good that they didn’t need to play all that great of defense to win games. But that leads to my next point, the Big 12. The conference had some strong sides like Texas, West Virginia, and Iowa State, but it’s a pretty weak conference of the Power Five. The SEC had eight sides in the Top 25 and it shows how great they are when Alabama obliterated Oklahoma last week in the first round of the playoffs. While it’s fun to watch Big 12 in terms of offense as there are shootouts in pretty much every game, it lacks defense. You can’t be considered an elite side if defense is not a strength.

And with the mention of the SEC, it leads to my next point: Georgia should have been the fourth side to make the playoffs. Georgia was undoubtedly the fourth best team in the country this season (maybe even third). Their offense was productive and their defense was outstanding. However, most people on the selection committee would have a hard time picking a school that had lost two games during the season. So let’s analyze that then. They lost one of their games to LSU on the road and LSU was ranked in the Top 15 and their last loss was in the SEC championship, at a neutral site, against Alabama, who is now playing in the Championship, and in that contest the Crimson Tide had to come back to win. That’s a pretty good resume, plus they won their contests in the best conference in the country including victories over three Top 25 opponents whom play in the same division. No bad losses eh? Sounds like a playoff team to me. One could argue a case that Alabama earned the right to not play Georgia after beating them in the SEC Championship, and that’s a great point, however, Georgia was clearly one of the four best in the country. Yes, they did lose to Texas in the Sugar Bowl (a Big 12 side no less), but they weren’t even playing at full strength and lost by only seven points. They didn’t play their best football in that game, but even then, they barely lost.

The only other side that might have had a chance at the fourth slot in the playoffs is Ohio State. The Buckeyes should have been a stronger contender for the fourth spot as they had a very talented roster. While they were a strong side, they had a very bad loss to Purdue earlier in the season 49-20, whom then went on to lose 63-14 to Auburn, an SEC side. That loss hurts even more now for the Buckeyes. And you could make a case for Michigan who’s defense was very good, but even they lost big to Ohio State 62-39 and were also blown out by University of Florida, another SEC team, 41-15.

The argument will only continue more for an expanded playoff system which I am in favor of. I think that will give a better representation of who the best teams are is more fair. But as of right now, we can only argue the current system rather than suggest a new one.

However, the selection committee needs to make better selections and more fair. There is too much bias and it’s very flawed. There needs to be more of an objective look at who should be in it or not.

One thought on “Shamrock Thoughts: The College Football Playoff System Is Flawed And Biased”