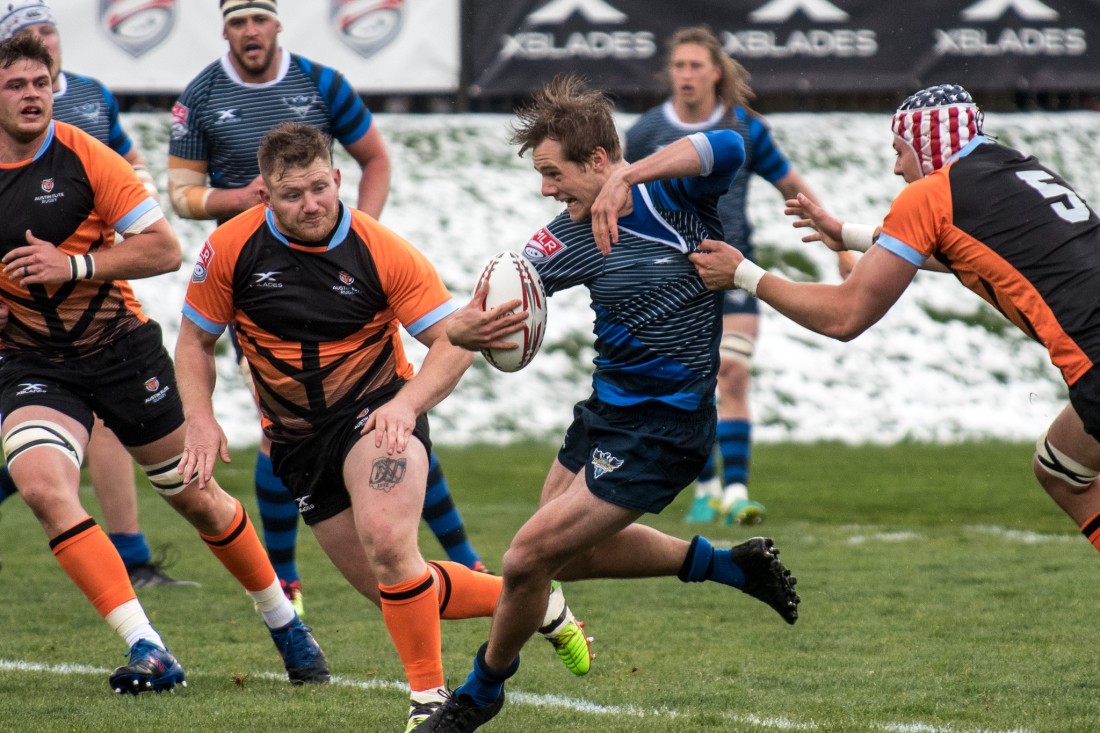 On the first day of the Major League Rugby season I was able to watch the Glendale Raptors-Austin Elite match and was very excited for what Major League Rugby was going to be. Before the the matches began, I did my research on what to look for in the teams and it seemed like a lot people were high on this Glendale side. There were a few players on the team that I knew of, and some I recognized from PRO Rugby, but aside from that I had not heard of most of the squad. That’s the problem about rugby in the United States, there isn’t enough exposure to it’s own players since there was never a professional league here before. Now that there is one, it’s easier for anyone to know who the American rugby players are. However, while I was watching the match, I really enjoyed watching Glendale play. I understood why they were looked at as the best team in the league as they easily defeated Austin. After that match, the first thought was “I have to watch another one of their matches.” When I did that, I immediately became a fan.

They can play any type of rugby you can think of. They can grind out a win or they can put up a lot of points. They are a really talented and deep squad as even some of their substitutes could probably be starters anywhere. Even when their main starters were called up for international duty, the team kept on winning. And not only are they deep, they are also versatile (though seemingly the sport has been moving towards players that can play multiple positions rather than being specialized to one particular spot). That being said, not only are they very good, deep, and versatile, but they are fun to watch.

One of their biggest strengths are their forwards. They have two very capable hookers in Dylan Fawsitt (who has played some flanker) and Zach Fenoglio (who can play as a flanker) as both can be starters for any team including the national side as well as James Del Bozque (who can play as a lock, prop, and even played as a fullback, but that might have been a defensive move) who has proven to be a very capable backup. They have very talented props in Kelepi Fifita, Nick Kwasniewski (who has even played at the wing this season, but that probably was for defensive purposes), Blake Rogers, and Luke White. The locks are outstanding with Ben Landry, Max Dacey, Casey Rock, Kody O’Neil. The flankers might have the biggest depth as they boast Connor Cook, Peter Dahl (who can play at the Number 8), John Quill, Devin Vaughter (who can play as a hooker and as a lock), Brian Wanless (who can play as a lock and at the Number 8), and Logan Collins. And at the Number 8, both Sam Figg (who can play at hooker) and Grigor Kerdikoshvili (who can play as a lock) could easily start for the club and are good enough to be starters anywhere else in the league. There are plenty of options for the squad even if injuries or being called up for international duties occur. They are also one of the best scrum units in the league as well.

Glendale might have some great forwards, but their backs are phenomenal as well and incredibly deep. The scrumhalf position is led by Shaun Davies, but Jake Christmann has proven he can start too when he filled in for Davies when Davies was called up for international duty and both Kevin Lynch and Mickey Bateman (who can play centre)  have proven to be a good backups. The fly-half position is manned by Will Magie, another player who was called up for international duty, as he is one of their best players. The centres are very deep with Mika Kruse (who can also play flyhalf and at wing), Bryce Campbell, Chad London, Siale Maka and Ata Malifa. At the wings there is Harley Davidson (who is a rising star and deserves a lot more recognition), Seth Halliman (who can play fullback as well), Dustin Croy, Nick Johnson (who can fill in at fullback), and John Ryberg (can fill in at fullback). And at fullback it is Maximo de Achaval (who can also play fly-half). There is a lot of speed there as they utilize that in every spot and that is their main weapon which is tough to defend. Also, with so many guys being so versatile in the backs, there are lots of options here.

They are also led by one of the best coaches and arguably the best coach in the league, Dave Williams, who’s number one priority is to have the best fitness in the league considering they do play their home matches in high altitude. However, his tactics have been outstanding as his flexibility with the players gives him so many weapons to use.

One thing you may have noticed when I was listing them off was how many different positions they can play. Some of it is for depth purposes and the other might be because of tactical reasons. However, they are deep and that is crucial. There are so many options for Williams that on any given day, whatever players he decides to go with, his team will be stronger side. It helps that there are only seven teams in the league, but when you watch these guys play, they are the model team for what a good rugby side should be.

Now you can see why I love watching these guys play. Their forwards are strong and incredibly physical. The backs are speedy and move the ball well. They are deep in their depth and there is so much versatility. This is just what rugby is all about. This is why this squad should be your favorite team in Major League Rugby.