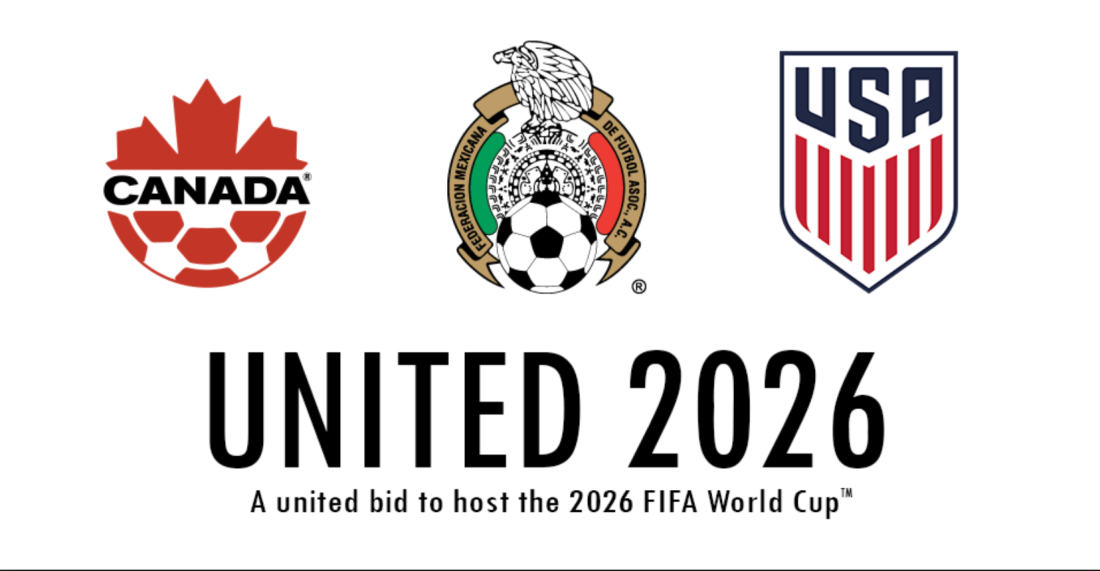 Tomorrow FIFA will decide on where the 2026 World Cup will be held and the U.S., Mexico, and Canada decided on a joint bid in hopes they can bring the World Cup to North America. This will also be the World Cup that expands to 48 nations, which will obviously be crazy enough as it would seem like it could be. The other nation that is trying to win the bid over the joint North American one is Morocco, which does seem to have some great backing. That being said, FIFA would be silly to not decide on the joint North American bid as it makes economical sense and is the best fit especially with the rise of soccer in North America.

There is one problem behind the joint North American bid, the United States. Part of the problem with the U.S. involved is some feel as though the rhetoric behind President Trump has been hostile and unwelcoming towards immigrants, but if anything he has been 100 percent behind the bid and would do anything to make sure that it came to North America. But the biggest problem is the U.S. involvement with the FIFA scandal in 2015. There is a lot of hostile feelings to the U.S. exposing the corruption within FIFA so many who are voting probably will have some bias against this joint North American bid. Former FIFA president Sepp Blatter has even voiced his opinion for the Morocco bid, but that’s clearly because of his hatred for the U.S. exposing his corruption and essentially his demise when he resigned. However, Blatter’s opinions should be taken with a grain of salt as he once said in regards to a question asked of him on how to boost women’s soccer that the women playing should wear tighter shorts because the women playing the sport are pretty. Yeah he really said that. I don’t particularly have much respect for his opinions to care what he thinks on this World Cup bid.

However, that being said, if FIFA does decide on the joint North American bid, the rest of the world will finally see how much the sport has grown in North America in the last 10 years. Sites like Mexico City (Estadio Azteca), Toronto (BMO Field), or even in the U.S. with Cincinnati (Paul Brown Stadium), Los Angeles (Rose Bowl), Washington D.C. (Fedex Field), and even Seattle (CenturyLink Field) are those that are very noisy and raucous crowds that show up to games held in those venues. That’s not even all of them. There is also better infrastructure for the joint North American bid as well. It should be a no brainer, but I am holding my collective breath as I fear that some in FIFA will still hold a grudge against the U.S. The U.S. was only trying to weed out the corruption and make the sport better. I mean if FIFA thinks that a country where the leader has tried to undermine democracy across the globe (Russia) and another where human rights are being violated (Qatar) are suitable to host the World Cup, then those members need to look at themselves in the mirrors and reconsider their priorities.

Morocco’s bid has shown it’s lack of infrastructure and that it’s a high risk. A lot of money will be needed to be thrown at the World Cup and I don’t believe Morocco has the resources to do such a thing. Yes there are some issues with the U.S. being involved, but it makes more sense that the three countries involved with the bid host than Morocco.

The joint North American bid definitely has a lot of backing and is likely to win, but it’s cautious optimism as there is some sense that some people within FIFA don’t want anything to do with the U.S. However, if FIFA is smart about this, they will choose that bid because it only makes sense to have the World Cup in a place that already has structure and is a safe bet including the monetary gains that would come with it.