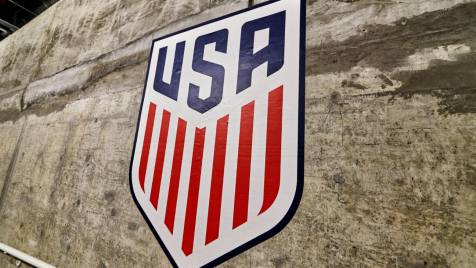 The biggest question, since Sunil Gulati announced that he would not run for reelection as US Soccer Federation President, is: whose leadership sets up US Soccer with the best chance of success? The USWNT is in a good place at the moment. US youth soccer (men’s and women’s is in a good place). The MLS is growing. The NWSL is fledgling.

That leaves us with the one I, selfishly, care most about: the US men’s national team. Whose leadership ensures that what happened over the past year never happens again? Whose leadership gives US men’s soccer the greatest opportunity to grow and become a world class organization, while not completely devastating the resources and structures at hand?

Kathy Carter’s independent player development model is compelling, as well as her desire to beef up technical development of coaches and players. It’s something US men’s soccer has needed for a long time. Carlos Cordeiro also wants to create a new technical department, but is also committed to increasing commercial revenue. Kyle Martino desires equity and  transparency in US Soccer. Eric Wynalda is trying to drastically overhaul the function of MLS to align with a European club system.

Whose model gives US Soccer the ability to maintain success where it has been successful (women’s national team and youth soccer), and to make the necessary changes where improvements are needed?

America is already a world leader at women’s sports. Equity is still necessary where pay is concerned, but that also requires a commitment to have the same revenue intake (or a system of equitable distribution) from sponsorships and television rights for both the men’s and women’s national teams. What is easier to solve: equal pay or the structural problems that hold back American men’s soccer from other world powers? I think it is easier to solve equal pay. We need a US Soccer president who can address equal pay, then turn toward why the USMNT is lagging behind smaller population nations, such as, Serbia and South Korea in international football. Geoff Cameron was utterly truthful when he noted in his Players Tribune article that the culture of mediocrity and complacency in US Soccer needs to end. Which potential leaders are best equipped to address the pressing issues, and still motivated by success at all levels of the game?

Kathy Carter and Eric Wynalda are the best equipped to handle these issues. At the very least, they seem to understand that they are the highest priority issues, considering the 130 million dollar budget surplus that US Soccer is currently operating with (thus the organization should not be focusing its attention on commercial rights issues, as Mr. Cordeiro would have).

Then the question becomes: does US Men’s soccer, in its entirety need a fundamental overhaul? I do not believe so, because the system is financially sound, and has produced some good players. Player development does need to be addressed, especially at the 18-23 age range. If Kathy Carter is true to her word, and can pursue an overhaul of player development, then she has my theoretical vote.

What happened in October against Trinidad and Tobago cannot happen again. It was a sporting embarrassment, similar to what happened to Germany at Euro 2000. We need a careful examination of what went wrong and why. Germany moved to an overhaul of men’s soccer, at national and club level. That project worked successfully, culminating in Germany winning the 2014 World Cup. I am of the opinion that the changes proposed by Kathy Carter address many of the problems of US men’s soccer (although not all), while leaving in place what functions well.

I like metronomic defensive midfielders and Uzbek food. View all posts by Tali Raphael