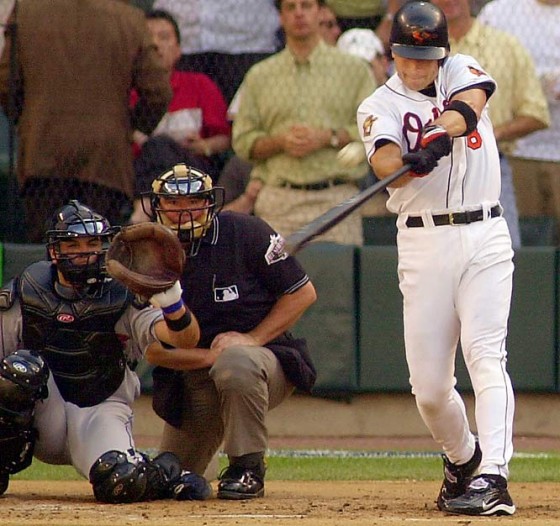 With the MLB All-Star Game to be played tonight, I thought it would be great to reminisce on the past All-Star Games that were played. I also decided to list off my favorite games and explain why they were. Here are my top five favorite All-Star Games:

This game was a lot fun for me as it was managed by Ozzie Guillen of the White Sox, a very eccentric manager to say the least, but what made this such a great spectacle was that the American League came back in dramatic fashion to win the game and to keep home field advantage in the AL for whomever would represent them that year (Detroit would go on to the World Series that year).

You’ll see a pattern here as being a White Sox fan, but this was great as I got to see this game played (which was surprisingly better than people thought) by some of the White Sox players as this helped the American League win the home-field advantage which it turned out helped the Pale Hose as they got that advantage in the World Series.

This was an exciting one to watch for many reasons. One of those reasons was seeing it played at Yankee Stadium, but the others were seeing a Red Sox player set up for Mariano Rivera of the Yankees (Jonathan Papelbon, if you may remember), J.D. Drew of the Red Sox hitting a dramatic game-tying home run, it went into extra innings, and it being a walk off victory for the American League. It was a really fun contest to watch as each side had a great opportunity to win the game, but each side was so evenly matched that each manager did a good job of matchups and everything else. This contest was the best display of strategy.

I’m a little biased here as I actually attended this one, but this was a great contest as well. Being the first All-Star Game that resulted in which league holding home-field advantage in the World Series, it was actually a really fun one to watch. The National League actually held a big lead in this one, but the AL kept chipping away until a Hank Blalock home run in the eighth inning gave the AL the lead for good in what was a great game to watch. Plus it was held at the home park of the White Sox, which made it even more fun for me at 13 years old.

When you see your all-time favorite player hit a home run before he retires at the end of the season in this game, how can it not be your all-time favorite. I had grown up with Cal Ripken Jr. my entire life and he was my absolute idol. He was also a legend who helped bring back baseball when it needed it so to see him retire was very sad. What made things incredible in the game, in his very last All-Star Game, he hit a home run which made things all the more emotional. Plus it was cool to see Ripken play at shortstop one last time (which he did for one inning).

This one will be a very brief one, but what so memorable for me in this game was getting to know who Pedro Martinez really was. It was so much fun to watch him strike out so many of the games top hitters by just absolutely blowing it by them. And he did so in front of his home crowd.